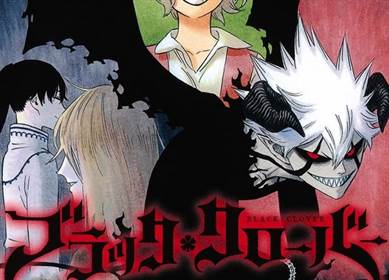 Yami and Nacht’s combined attacks finally pay off, leaving Lucifero with a scar. Meanwhile, Nacht assimilates Grimmodel and Plumede to make “Devil Union: Canis X Felis”. The Demon King then declares that humans have the ability to defeat them. However, this realization also leads the Devil to declare that he will kill every last human being to prevent this from happening.

Lucifero begins to transform into another state, his scar heals. Meanwhile, Nero seals the damage to Asta, who is reunited with Yuno. Although the two magic knights appear injured, they prepare to fight the Demon King on Captain Yami’s orders!

Black Clover is a weekly manga series, with new chapters published every Sunday in Shueisha’s Weekly Shonen Jump magazine. The release of the next chapter of Black Clover was scheduled for next Sunday. However, it looks like mangaka Yuki Tabata will be taking a break from writing this week.

Writing breaks are common in manga series, so fans don’t have to worry about this short break. The final chapter ended with Lucifero clashing with Yami, Nacht, Asta, and Yuno. Black Clover Chapter 325 will be released on Sunday, March 6, 2022. The next chapter will likely offer an epic Tabata fight sequence, and we can’t wait!.

The next chapter of Black Clover will be released at the usual time, that is, at midnight JST; however, fans around the world will be able to access it based on their specific time zone. Here are the Black Clover Chapter 325 release times, depending on your region:

Where can I read Black Clover chapter 325?

Fans can read Black Clover Chapter 325 on Viz Media’s official website and on Mangaplus, Shueisha’s English manga portal. English translations of the latest chapters will be available soon. Fans can also download Viz’s ShonenJump app or the official Mangaplus app on their phones or tablets to play the game.