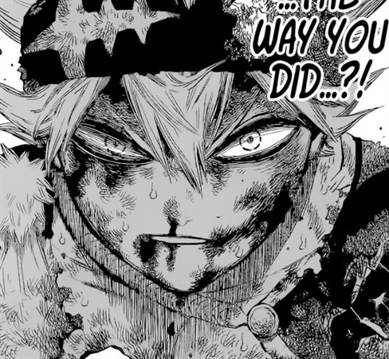 Lucifero is an opponent far ahead of any other villain to date. The Demon King is in an alliance of his own and in Black Clover 326 he will fight with all his might. Fans are excited to see the serious side of this demon and just how deadly it can be. The battle was definitely unbelievable.

Funimation released the final few episodes of the anime’s fourth season adaptation, as a home video. The DVDs have been sold.

Unfortunately, however, we have no news on the continuation of the anime and therefore Black Clover Episode 171 will be on hiatus indefinitely.

It seems like everything really depends on the release and performance of the movie. But again, we don’t get any news about it either. We hope to see it this year at least before it’s too late. The Black Clover movie is sure to give a boost to the series.

The spoiler from this Chapter is definitely setting up a great battle. Lucifero with all his might against Yami, Nacht, Asta, and Yuno!

Although it seems that some key players are missing, we must also remember that this is still the incomplete form of the devil. His strength was much higher than anything he possessed right now.

That being said, the arc will end when Lucifero is defeated with his current strength. That’s because the Spade Kingdom more or less doesn’t have the Dark Trio and Yuno is giving them hope because he’s the prince. However, Lucifero will return to his full power later.

We are very excited about this fight. Looks like we’re nearing the climax of this arc. The Spade Kingdom Saga Invasion has been going on for a long time and we predict it will end within the next 15 to 20 Chapters.

It seems that Captain William is actually not in the picture. Exactly how did Yami get so much mana? We may only know about it in Black Clover 326. Until then, we’ll watch as Yami ravages all of this wonderful energy within him.

What did Zora do?

As usual, this guy is the next level of stealth. The trap he set sucked a lot of power from Lucifero. He switched all to his right fist and hit the devil with double power.

The important thing is that it did damage!

Not much of course, but the attack stunned the devil, thus causing Yami and Nacht to charge in once more. Zora and Asta were saved in time. They can return again to deal more damage in Black Clover 326.

The Black Bulls captain and vice-captain are impressed by the team’s track record. They take pride in what they have accomplished.

Now, it’s time for them to shine their brightest and set an example for the rest to follow.

Using up the Mana region’s energy, they unleashed Dark Magic x Dark Magic. As we said last time, these two spells promote each other. Darkness is essential for the spread of darkness.

As a result, Nacht was surprisingly buffed. Use Gimodelo, he charges.

Shadows, on the other hand, create shadows. This strengthens the overflowing energy within Yami. This incredible synergy allows them to use the new Magic Children’s Playground. The rough scan of Black Clover 326 will further show us how these two can be achieved even more together.