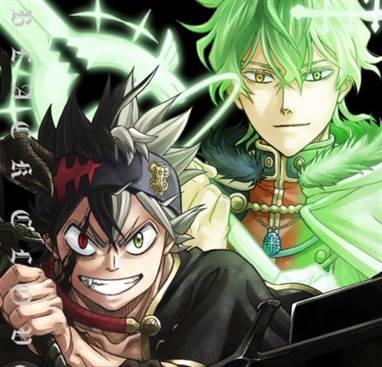 The confirmation of the movie Black Clover

The confirmation of the premiere of the movie Black Clover has caused a real explosion of joy in the fandom. In fact, the movie is part of a huge event held to commemorate Black Clover’s seventh anniversary. This event will present several new projects that deserve to be expected. The movie Black Clover’s release date marks the beginning of the 7th-anniversary celebration. This may just be the beginning of a series of exciting announcements that will soon liven up the entire franchise.

Breaking News: “Black Clover” movie has been announced to be scheduled for 2023!

On March 28, 2021, the Black Clover movie was officially announced in Weekly Shonen Jump magazine. As of March 10, 2022, the film’s release date is confirmed for 2023. All recurring cast members and former staff members will resume production on the anime’s next film.

The Black Clover movie will have an original plot. However, the plot has yet to be announced as of this writing. Since the movie still has some time before its release, keep an eye out for new Black Clover projects coming up for their seventh anniversary.

In the upcoming anniversary of the series, seven new projects based on the franchise have been announced.

Black clover had everything against it. Bad animation, shitty YouTubers, people who listen to the YouTuber without watching it, and Asta’s loud voice for the first 20episodes but it still sold 17million and with the upcoming movie and game, it will sell even more. Just wished it.

Don’t forget that next week, the WSJ magazine will be celebrating Black Clover’s 7th anniversary with a cover, color pages, the start of the 6th popularity poll, along with movie & game news! Who’s excited? 👀🔥