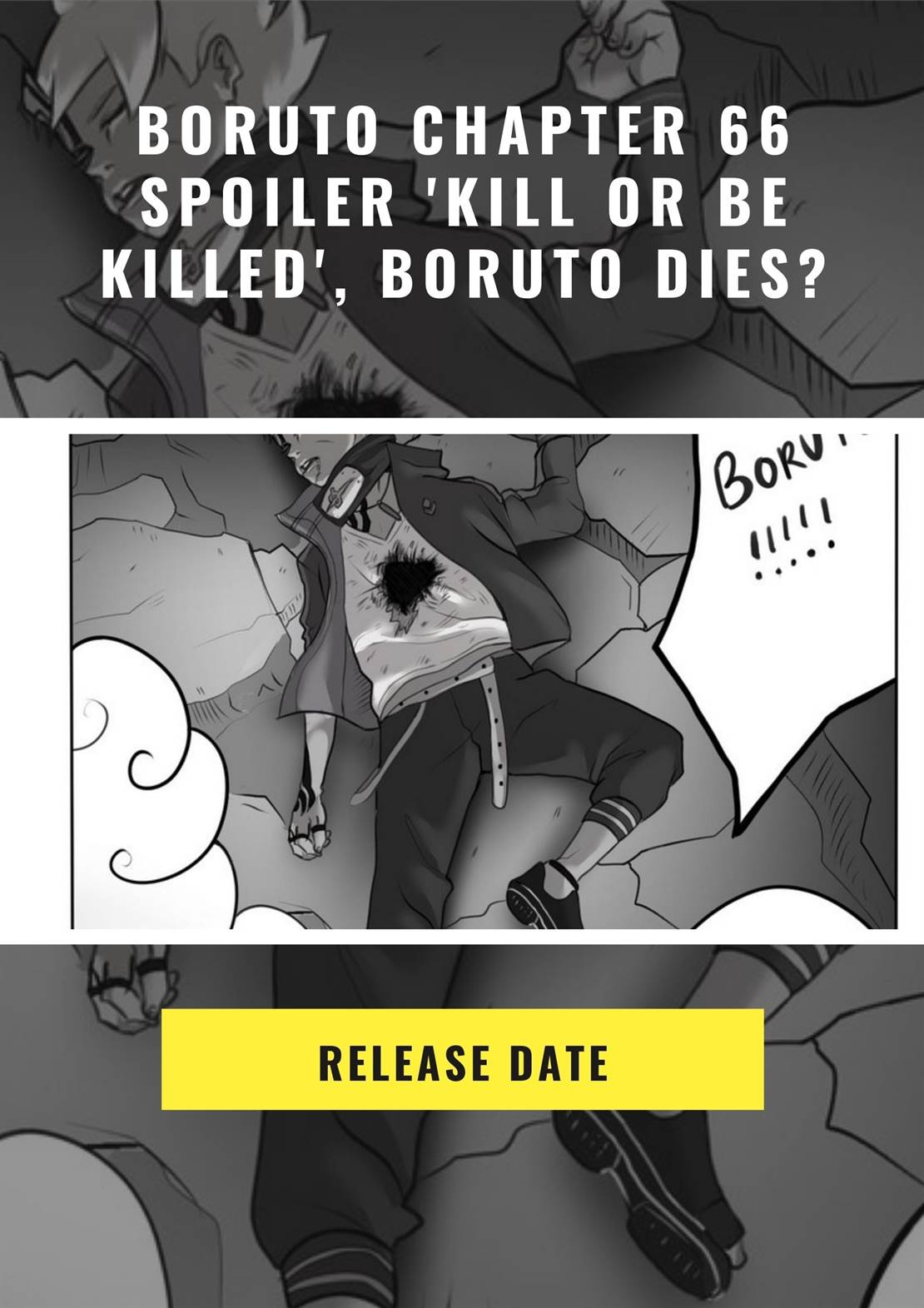 Boruto Chapter 66 Spoiler ‘Kill or Be Killed’, Boruto Dies?; The chapter starts with Kawaki with his new karma in his hands. Kawaki gets new eyes, Code is shocked to see Kawaki’s karma again, Naruto looks at him.

Ada and Code are discussing this new karmic seal and Amado’s role in it. Borushiki also suspects that this is Amado’s work.

Kawaki’s eyes are different now, there are four small triangles in his eyes. Then suddenly 9 black bars were aimed at Borushiki, he dodged 4-5 of them. Code watched all this patiently.

Naruto asked Kawaki what he was doing and how far it would go. Kawaki replies that he did it for Naruto’s sake.

Borushiki tries to attack Kawaki with the Rasengan but Kawaki absorbs the chakra. Now it’s Kawaki’s turn to attack, he appears right behind Borushiki, Borushiki dodges the attack.

The fight continued and they exchanged several blows. Naruto moves, notification code but he just observes the situation for now.

Naruto stops Kawaki and asks if he was trying to kill Boruto. Kawaki replied that he did what was necessary.

Naruto tried to calm Kawaki down and said to calm down a bit. Boruto wakes up again, then Kawaki and Boruto talk. Momoshiki looks worried when Boruto comes to his senses.

Naruto interrupted their conversation and asked what they were talking about. Boruto forms a snake seal and pushes Naruto away.

Then talk to Kawaki and say kill me while I’m still conscious. Kawaki stabbed Boruto in the chest, Boruto coughed up blood.

Naruto is watching this, he looks really worried, Shikamaru too, the code and ADA seem normal.

Boruto is now lying on the ground with a hole in his chest, Naruto is very shocked and shouts ‘ Boruto !!’.