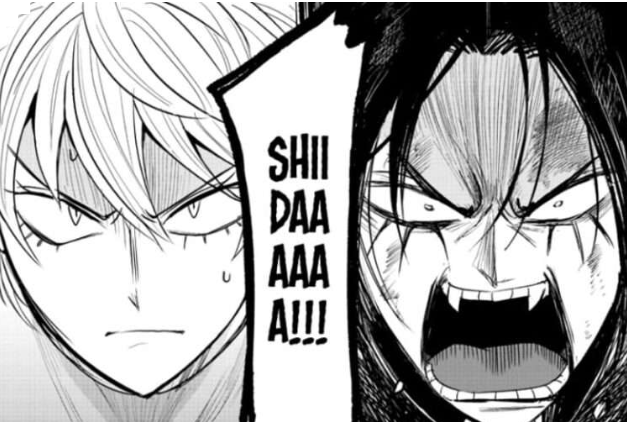 An unexpected entrance of Amduscias Poro against Lord Sulliva n. A legendary demon against the strongest demon. So, what will happen in Iruma kun Chapter 263?

Will they fight, or will Amduscias decide to take Atori with him? This chapter has become an unexpected twist after Shiida’s joining. Atori succeeded in kidnapping Iruma, but Shiida took him down. It was a great betrayal on her part, and as a result Atori was captured by Lord Sullivan and the other teachers. In the end, however, Amduscias Poro unexpectedly came to greet Sullivan.

During the Season 1 Music Festival, we saw Six Fingers teaming up with Amduscias Poro to develop for the same goal, i.e. summoning Demon King Delkira. Amduscias is one of the most powerful demons in the Netherworld and is known as the ‘Demon of the Legendary Sound. ‘Also, it is confirmed that he will not be threatened by Lord Sullivan as they are both on the same level. So now what will happen? Let’s discuss Iruma kun Chapter 263 spoilers, predictions and release date .

The next chapter will begin with the continuation of Amduscias Poro’s entrance. It is confirmed that he has come to save Atori. Shiida betrayed the Six Fingers, and if another member is captured, it will be difficult for them to carry out future missions.

That’s why Amduscias came as a backup. Now, what will Sullivan do? If he didn’t fight or let Amduscias free Atori, it would show his incompetence in front of everyone.

On the other hand, Atori reveals to everyone that Delkira never appointed Sullivan to the Demon King because he was a cursed being. And we saw the scene where Sullivan expressed his sadness to Delkira, who was covered in blood. So, what does it mean, and why would the Demon King say such things?

Perhaps because he knew that there was no way a demon could change the Netherworld and that only a supervisory ruler could bring peace to this world. So he trusted Sullivan to raise the next king. Maybe in the near future, the series will reveal the truth behind it.

After listening to his old friend Delkira’s orders to smash things, Sullivan was furious and decided to destroy Atori. Many fans predict that we will see the battle between the two legendary demons for the first time.

However, in our opinion, Amduscias will not fight against him as he will not destroy his love belonging to Delkira (i.e., school). Furthermore, there is a high chance that Atori and Amduscias will try to escape from the Babyls as border control is also coming. And now, fighting will cause unnecessary damage to schools and students.

Iruma kun Chapter 263 will release as scheduled, ie next week on August 6, 2022. So far, there is no information about the outbreak due to the increasing cases of coronavirus in Japan. Therefore, we will update all news related to Chapter 263 here.