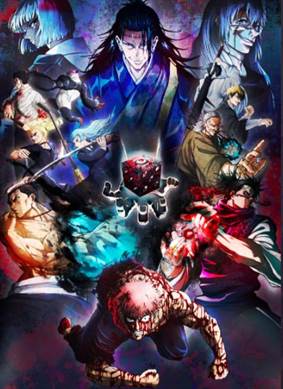 Jujutsu Kaisen 0 has reached a new level of height after its release in Japan. The film was an exceptional success, selling millions of tickets in different regions of the country. After capturing the hearts of its nation, the film is set to be released to international audiences who have been desperately waiting to see the anime unfold its scenes.

Although the premise of the film has been quite popular, even in countries that have not seen the film yet, fans are willing to do anything to see it.

Even if they know the story, especially if they’ve read the manga, fans are still curious to experience the Shounen movie after its explosive reception in Japan. Its Japanese box office receipts are supreme, making it a film worth waiting for. The promotional videos, featuring witchcraft, only add to the excitement.

The international premiere of Jujutsu Kaisen 0 is just around the corner, but before it hits theaters, make sure to check out these amazing trailers.

On March 11, 2022, Funimation updated another trailer for the movie with jaw-dropping action and animation. The anime will premiere in various international regions starting on March 18, 2022. You can find all the tickets for the UK and US screening on the Crunchyroll Movie Night site.

The films will be screened in 4D and Dolby Cinema formats. Crunchyroll and Funimation have licensed the film and will distribute it in the United States, while Medialink has secured it for screening in China, Macau, Hong Kong, and Taiwan.