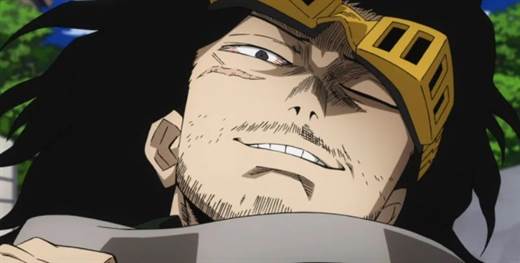 My Hero Academia Chapter 351 titled “Twin Flashing Flames”, has just been removed. It brings us to the final showdown between the Todoroki brothers, and both seem to have surpassed their father in firepower. Here we bring you the Latest Chap update of My Hero Academia manga.

Shoto holds his ground as Dabi repeatedly insults him while throwing him in a cardboard box. He reminds Shoto how special he is, but he turns out to be a disappointment. Unlike Shoto, Dabi doesn’t need to rely on his friends to grow stronger.

Having said that, Dabi tries to finish Shoto off with one final attack. Surprisingly, Shoto intercepted it with his bare hands and even neutralized all the heat that Dabi generated. Can Shoto turn the tide from here?

This chapter starts with how the Flash Fire Fist technique works. It was devised by Endeavor in his early days and is considered the epitome of all fire blows. It is done by raising a person’s internal body temperature, thereby concentrating as much heat as possible, and then releasing it all at once in the form of a powerful explosion. While developing the move, Endeavor realized he had reached the limit of his potential, so he wanted his kids to continue with the legacy.

Meanwhile, in the ongoing skirmish, Dabi raises the temperature at an alarmingly high rate. He claims that he has been preparing for this day for years, and now that he has come this far, nothing can stop him. He recalled his childhood days when he started practicing by copying his father. “You have more talent than me,” those words from Endeavor made little Touya think he could do anything. However, things didn’t turn out the way he wanted, and he blamed Shoto for that.

Dabi constantly insults his brother and even calls him a shameless loser. Adding salt to Shoto’s wound, he reminds him how special he was supposed to be. “You can never be a hero,” were Dabi’s last words before blasting Shoto with a Flashfire Fist from avoid. Just when we thought it was all over, Shoto blocked the attack with his bare hands and neutralized all the heat Dabi created. He even fought his brother with an improved version of Flashfire Fist and forbade him from threatening innocent lives again.

What happens next in My Hero Academia?

The next few chapters will probably continue with the battle between Shoto and Dabi. From the way Chapter 351 ends, it’s clear that Shoto will shine. However, will his new version of Flashfire Fist be able to overpower Dabi? I do not think so. This is where Shoto’s other games come into play. As we all know, Shoto is not all about firepower, and his icy posture is quite impressive. I truly believe that Shoto’s mother’s clever words will help him deliver the decisive blow to Dabi. Meanwhile, Izuku Midoriya will be on his way to the flying prison where Bakugo and the others have somehow imprisoned Shigaraki.

My Hero Academia Chapter 351 is slated to release on Sunday, April 24, 2022. The series is currently showing the final battle between villains and heroes.