Many things will unfold as fans look forward to the next episode of One Piece this week. Unlike in the manga, Luffy and Kaidou will go head to head to kill each other, but something unusual will happen in One Piece Volume 1028.

Looks like Luffy won’t be able to continue his fight with Kaidou. Does it mean Kaidou wins the match? Yes, anything can happen. But don’t forget that Luffy’s friends are still on the top floor, and they will lend him their heads to fight against Kaidou. So here’s everything you need to know about the episode.

Now in One Piece Episode 1028, Luffy will find himself in a terrible situation. However, Zoro and Law will do their best to help him. As for Kaidou, he will use his most ruthless attack to destroy Luffy. Will Luffy survive them? It remains to be seen how Zoro and Law will deal with the situation. Keep reading to know more.

Earlier in One Piece Episode 1026, Fukurokuju and Orochi continued their efforts to burn Onigashima. Orochi instructs Fukurokuju to take Onigashima to the explosives depot to destroy the entire island. Meanwhile, the Nine Red Scabbards stumble across Orochi, but Fukurokuju tells him to run away because he will fight them. But Orochi refused and started scolding them. He then transforms into his full Yamata no Orochi form and begins to fight the Scabbards.

However, Denjiro, Raizo, and Kikunojo sent one head each, while Kawamatsu sent three, and Kin’emon beheaded Orochi’s main head. When Orochi fell to the floor, Raizo dealt with Fukurokuju. Meanwhile, Luffy and Kaidou are still fighting on the rooftop. The two do not hit each other but destroy the surrounding terrain. However, Kaidou ended up hitting Luffy, causing explosions on the floor.

With Luffy on the ground, Kaidou tells the Worst Generation that they don’t fight seriously and threatens to take everything that belongs to them. Big Mom says they need to die. After hearing this, Luffy stood up and challenged Kaidou. The Emperors attacked the Worst Generation, Kaidou attacked Luffy, while Big Mom attacked both Law and Luffy. Luffy tries to attack Big Mom, but Kaidou blocks him. He finally punched Kaidou.

One Piece Episode 1028: What will happen next?

One Piece Episode 1028 titled “Protect Luffy! Zoro And Law’s Swordsmanship! This implies that the episode will revolve around Luffy. Zoro and Law will do their best to keep Kaido busy to protect the injured Luffy. Kaidou will be a major threat to the Worst Generation. However, they will succeed in hitting Kaidou on the head. But Kaidou will not give up and will continue his efforts to attack Luffy.

However, Zoro will use obstacles to keep Kaidou away from Luffy. He will use his nine sword moves to hit Kaidou. Well, this is one of the moves that Kaidou is afraid of. He is still in mild pain, and Zoro’s attack will send him to the floor. But this move will also weaken Zoro. He will gladly use another attack to help them. Meito Enma will use Kyutoryu. Meanwhile, Trafalgar will succeed in separating Big Mom from the storm cloud and Napoleon’s sword.

One Piece Episode 1027 titled “Protect Luffy! Zoro And Law’s Swordsmanship! ” will air on Sunday, AUG 5, 2022, at 11 a.m. JST. You can catch it on Crunchyroll and Funimation. It will focus on the injured Luffy and how Zoro and Law deal with the situation. It will be interesting to see them join forces and come up with bigger and bolder moves. Keep stable. OtakuGO will update you. 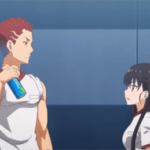