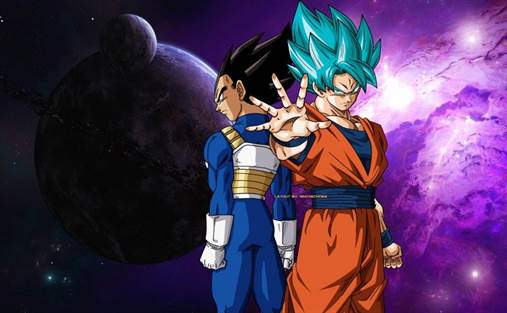 After regaining his composure, Gas has reached the ultimate state.

The only person who can beat Gas right now is Goku – a bit exhausted now.

With information about Bardock’s old war, will Goku find a way to defeat Gas?

Enraged at not being able to eat Granolah, Gas got lucky and attacked.

The longer the match went on, the less profitable Granolah became as Gas gradually got used to the new powers.

Granolah used a cloning technique to retaliate, but it didn’t hurt Gas much. With just one hit, all the clones were destroyed.

However, it all boils down to Granolah’s calculations. While Gas was killing the clones, Granolah prepared a powerful blow.

Just when Gas was powerless, Granolah unleashed a punch, sending Gas into the river and drifting away.

Macki and Oil saw this and immediately ran to save their comrades.

Monaito says he’s seen this before, during Gas’s confrontation with Bardock.

Gas flew to pound Granolah like rice. Macki and Oil see that Gas is losing control and intervene, but to no avail.

The gas gradually calmed down and regained its sanity. Yes, Gas is at his strongest right now.

Granolah has fallen, Vegeta has just been beaten, the only person left who can fight Granolah is Goku .

Due to his fight with Bardock, Gas realizes that Goku seems to be the son of his old opponent. Determined to wipe out the humiliation, Gas focuses on dealing with Goku first!

Goku is now nearly exhausted, so he has a lot of trouble withstanding the series of attacks from Gas.

Chances are Vegeta still has the magic beans and he will give them to Goku . After recovering, Goku enters a combat Ultra Instinct state.

In previous chapters, Monaito has not revealed the reason why Bardock beat Gas.

With the developments in DBS chapter 80, we can guess that 40 years ago, Gas lost control, thus indirectly opening an opportunity for Bardock to take the final blow.

In the next chapter, Monaito will tell all what Bardock has done to Goku so that the main character can find a way to fight Gas.

Dragon Ball Super Chapter 81 will be released on the night of February 20, 2022.