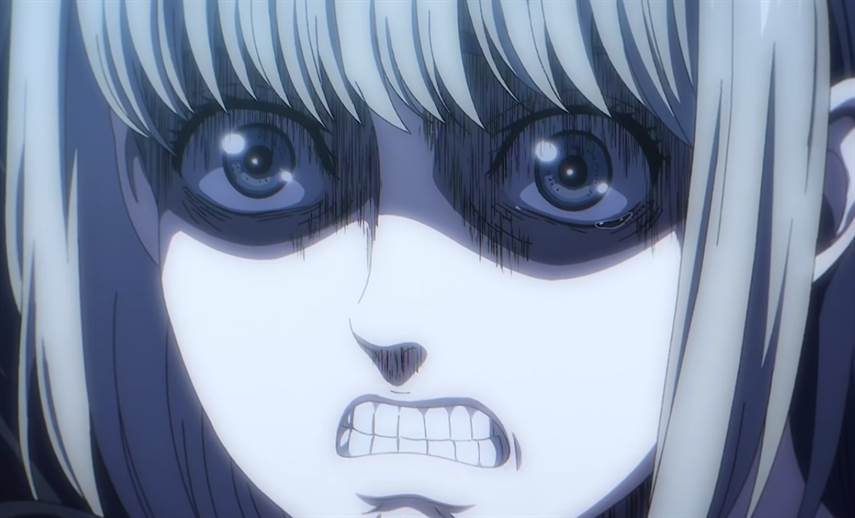 The previous episode ended with Eren’s stubbornness to save his homeland earning Zeke’s salvation by sacrificing Eldia for the greater good. In a single order, thousands of Colossal Titans emerge from the walls that have protected Pradis for centuries.

As you read the article, these colossal titans march across the sea with the sole purpose of abolishing the outside world. Will Mikasa, Armin, and the other members of the 104th Training Corps be able to let humanity perish to save their homeland? We will find out in Snk Season 4 Episode 22.

With the activation of the rumble, Reiner’s worst nightmare has come true. The people he wants to protect will be trampled by the Wall Titan army. Therefore, the only way out is to kill Eren for the good of the world. However, that is easier said than done. The Founding Titan is colossal, even compared to Colossal Titans, so locating Eren’s neck is simply impossible.

In the preview clip for Attack on Titan Episode 81, hundreds of Wall Titans are seen marching towards Marley. Connie holds Armin by the throat and tries to talk some sense into him. He is convinced that the annihilation of all humanity is too high a price for his freedom. Meanwhile, Mikasa cuts the neck of a Titan, presumably one of the ones Zeke controlled.

Also, since Eren has hardened all the titans, I don’t think Reiner and Annie are an exception. So it’s entirely possible that the activation of Eren’s Rumble will break the crystal that is imprisoning Annie, waking her up from her seemingly eternal sleep. Meanwhile, Mikasa and Armin will be faced with a dilemma about which side to choose. They must rely on Hange’s wise counsel to come to a conclusion, as the future of the entire world rests on their shoulders.

The episode begins with Eren and Zeke exploring Grisha’s memories, where he mercilessly kills Frieda and all the other children of the royal family. Zeke finally realizes that Eren forced her father to commit these sins and orders Ymir to carry out his euthanasia plan immediately. As Ymir gradually moves towards the coordinates, Eren tries to break free of his chains of giving up the war. After struggling for a while, she finally breaks free from her and runs towards Ymir to stop her. He reminds her that she is neither a god nor a slave, but a person with feelings.

The next scene takes us back to the bloody pages of Eldia’s history when it was just a barbarian tribe. King Fritz enslaved Ymir while he conquered other lands. One fateful day, the villagers blamed Ymir for freeing the cattle. Obviously, she was not to blame, but she had no choice but to accept the punishment. As the soldiers chased after her, Ymir entered the bark of a huge tree where a centipede-like creature latched onto her. This is how Ymir first became the Founding Titan.

That day marked the beginning of Eldia’s glory. With the power of the Titan, Eldia waged war after war and built bridges to improve the mobility of his forces. The Marleyan army stood no chance against them, and millions of Marleyans lost their lives. Ymir later died trying to protect King Fritz from an assassination attempt. However, the King refused to let the Titan’s powers go to waste and gave Ymir’s harvest to his daughters: Cena, Rose, and Maria.

Back in the present, Eren activates Rumbling and transforms into the Founding Titan for the first time. Once again, the paths of Paradise are covered with the dust of horrors. Thousands of colossal titans burst from the walls and march into the sea. Eren connects with all the Eldians and says that he will not stop the slaughter of him until all the humans outside the walls are killed.

Snk Season 4 Episode 22 titled “Thaw” will air on Monday, February 14 at 12:25 JST. The official broadcast is delayed by 20 minutes due to the Winter Olympics. The United States, Canada, the United Kingdom, and other countries will receive Attack on Titan episode 81 on Sunday nights due to the time difference.