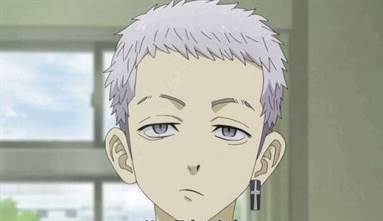 The battle between the 1st and 2nd generation Toman will continue in the upcoming Tokyo Revengers Chapter 248 but unfortunately, it has been delayed.

The new release date for the raw scan and the final English Chap has been announced and you’ll be reading the next Chap soon.

Takemichi’s final battle has reached a decisive stage and the top faces of this battle will eventually face off against each other. Takemichi showed the qualities of a leader with his great punch that changed the course of the battle.

Tokyo Manji Gang is definitely at a big disadvantage as not only do they lack manpower, but the Kantou Manji Gang also has some of the oldest and most experienced fighters.

The characters that have appeared in this manga are finally gathered in one place to fight for their existence.

The winner of this battle will be the future leader of the thugs in Japan and Takemichi can’t let this opportunity slip away.

Mikey has fallen into his shadow and no longer converses with him and confronting him from before is the only option for the Manji Gang in Tokyo.

The battle has been split into 3 main parts for Tokyo Revengers 248 and we’ll be discussing them in the next half, so keep reading for more.

There are also some rumors that Tokyo Revengers 2 will be announced soon, probably next year.

The battle between the top leaders of both these gangs plays a very important role in this battle as each of them has a long history behind them and has a lot to fight for.

Takemichi has lifted the morale of his comrades and each of them is giving his hundred percent to help their gang win this battle.

In the previous chapter, we learned how each top leader chooses whom they will face, and let’s discuss that further before the upcoming Tokyo Revergers Chapter 248 rough scan is published.

Takemichi faced Kakucho and in the meantime, his teammates also chose the enemy they wanted to face. One of the most unexpected confrontations in this battle was between Akkun and Madarame Shion.

As we all know Madarame is a former Black Dragon captain who is definitely a power but this doesn’t make Akkun any weaker.

Akkun has been by Takemichi’s side since their school days and it’s finally time for him to show his level of friendship and gratitude towards his captain and friend, Takemichi.

The second battle was between Chifuyu and Kanji Mochizuki. Mochizuki is a former member of the Tenjiku Gang led by Izana, Mikey’s half-brother.

After Izana’s death, both Kakucho and Mochizuki joined Mikey and they will now have to face Takemichi and his gang. Chifuyu is the vice-captain of the Tokyo Majnji Gang so his contribution in this battle is sure to play an important role in boosting morale.

The third head-to-head in this battle is one of the most interesting as it’s not one-on-one but a 2 vs 2 battle between Mitsuya and Hakki against the Haitani brothers and it will happen in the reveal Tokyo Revengers Chapter 248 is coming.

As we have all witnessed many times the haitani brothers are one of the deadliest fighters, using their powerful communication abilities and combined attacks against their enemies.

This time, they face off against two of the top teammates of the Tokyo Manji crew and they certainly won’t be easy with the Hitani Brothers this time.

READ ALSO: My Dress-Up Darling Season 2 will be renewed!

Chapter 248 of the upcoming Tokyo Revengers is finally out!

Unfortunately, the next chapter of Tokyo Revengers is on pause due to an employee catching COVID.

According to the latest news we received, Tokyo Revengers 248 has been postponed and will officially return in the 19th issue of Weekly Shonen Jump.

The rough scan and English Chap release date have been published below for everyone to read, check them out.

The raw scans of Tokyo Revengers Chapter 248 could be released around April 2 to 3. The scans will be in Japanese so until you can get a good read, you’ll have to wait before the manga gets an official translation. into your native language.

The battle between the top victors had begun and Mikey was now sitting at the top and watching the battle. Mikey has proven his supernatural powers more than once so the fact that he alone can change the course of this battle is quite striking.TWITTER.

For now, it seems that the Tokyo Manji Gang has quickly gained the advantage but the battle of these legends is quite unpredictable and could change the game at any time.

The battle has reached the decisive stage but unfortunately, we have taken a break for a week and have to wait for the upcoming Chap for a while longer. Chapter 248 in English of the upcoming Tokyo Revengers is slated to release on April 5. 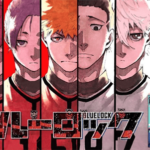